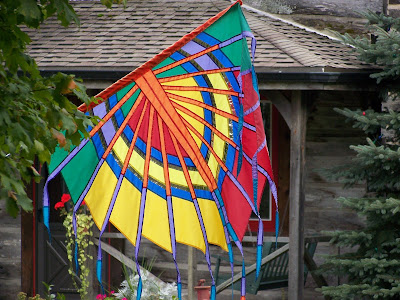 Extremes, that's what we have this week in Wisconsin. Saturday and Sunday were HOT. It was 86-88 degrees, humid and so warm no one could imagine that it's October. Today (Tuesday) the high was 54 degrees. The sky is all dark and gloomy and we're expecting rain and cooler temperatures until the weekend.

I don't know about you, but that's a little extreme for me. Has the weather never heard of moderation?!
Posted by Simply Aware at 5:46 PM Links to this post 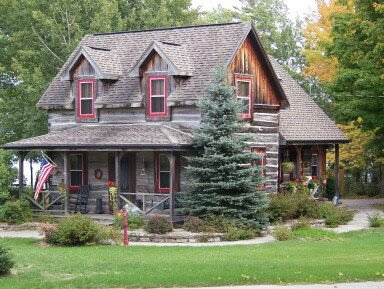 Door County was the first "field trip" we took once we arrived in Wisconsin. It became one of our favorite haunts and we went back many, many times. My favorite way to travel was to abandon the map and just drive, turning here and there and just seeing the sights. 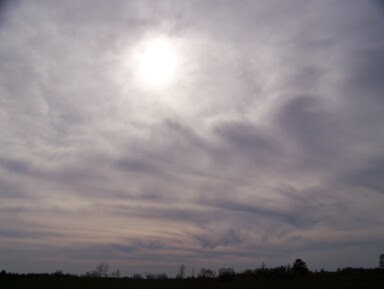 We started out on an overcast day, but as my husband always tells me, "If you don't like the weather, just wait 15 minutes!" Sure enough, the days weather changed many times. The leaves were just starting to change, which is one of my favorite times of the year! 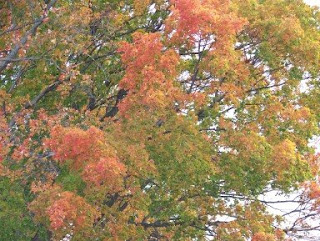 Driving up the peninsula, we passed a restaurant that we pass every time we drive up there. We have never stopped, but comment on it regularly. They have a big sign painted on the side of the building that says "Home of the original hash brown sandwich". We would try to guess what a hash brown sandwich was, and had concluded that it was probably a deep fried, frozen hash brown patty, served on white bread. This trip, we decided to give it a try. Boy were we wrong! The "sandwich" weighed nearly 4 pounds!!! The "bread" of the sandwich turned out to be the hash browns, neatly browned on the grill. The filling was eggs, cheese, onions, peppers. We split one between us and could barely eat the whole thing.

All that food made me sleepy and I was contemplating pulling over to take a little nap. Just then, we rounded a bend in the road and saw all these geese resting from their migration. I got so excited trying to take their picture that I woke up. We saw several flocks of geese making their way South. 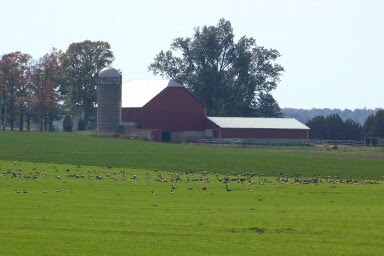 Next stop was for coffee. We have our favorite (of course). This was where we were introduced to Alterra coffee. The first time we stopped we exclaimed over how delicious the coffee was. 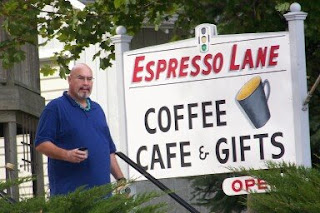 The owner told us we were drinking a blend called "Punch in the Face" and offered to sell us some beans. After that we were hooked, and eventually I tracked the company down in Milwaukee and ordered coffee every week by fax.

This coffee shop is in a big house, with a large deck and the owner cooks interesting food and bakes good treats. It's nice to sit out on the deck and enjoy the day. 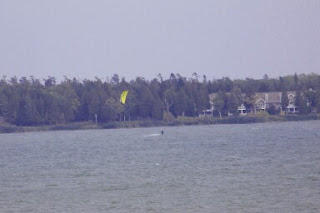 Through the trees we caught sight of someone kite surfing, so we walked over to take a picture and be entertained. It is fun to watch! Loren wanted to try this, but I can tell it is WAY beyond my ability!

We decided to keep traveling North, and came to one of our favorite towns, Sister Bay. In the middle of town is one of the major tourist attractions. 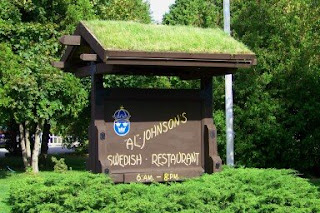 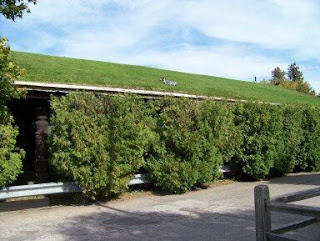 We had nearly driven by when I realized there was a goat on the roof! "Stop, Stop! I yelled. I have to get a picture!" My husband is generally used to my outbursts and pulled over at the first available space. He didn't give me any static, which I really appreciate. As I got close enough to take a picture, I realized that there was not one goat, but four goats on the roof! 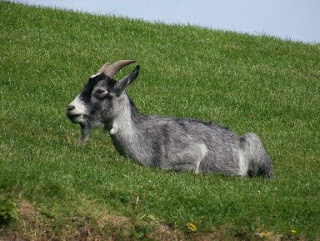 Two on each side, and one of them nearly at the top of the roof! I was a happy girl. I had my pictures!

We made many stops, revisiting our favorite spots. We didn't want the day to end, because I think we realized that we won't be back for awhile. From Appleton it is a two hour trip just to get to the bottom of the peninsula. It's another two hours to get near the top of the peninsula. Madison is two hours from Appleton, so that is a long, long trip. 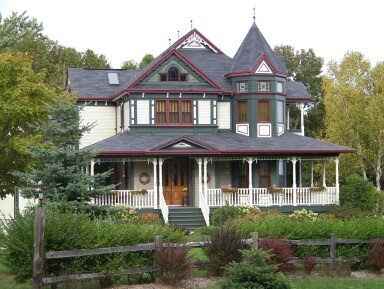 Goodbye Door County. We'll be back!
Posted by Simply Aware at 7:00 PM Links to this post

Where is my camera when I need it?

I'm beginning to remember why I haven't owned a camera for many years. Instead of looking at the world with both my eyes (thank you for the line, John Mayer) I find myself looking through the camera view finder, just waiting for that perfect shot.
That's when I DO have the camera with me. I'm continually frustrated that the camera is NOT with me when I see remarkable things I want to photograph. 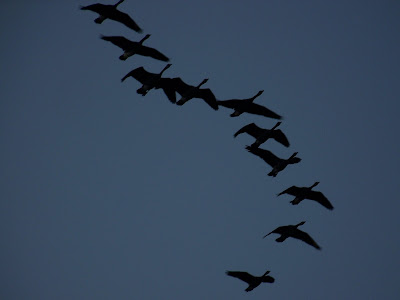 For instance, this morning the sky was full of migrating geese. At first there was one flock. We watched them fly overhead. Then we heard more honking. Looking North, we say several flocks of geese. As we watched them fly by, we heard more. Suddenly the sky was full of geese! There must have been hundreds of geese in loose, everchanging lines, crossing the sky. I've never seen anything like it, and I'm always watching the geese.

It was an amazing day for migration. Sunny, clear, cool. I love this time of year!
Posted by Simply Aware at 6:52 PM Links to this post