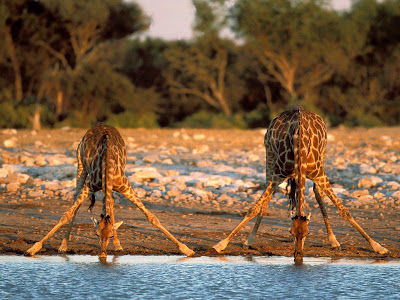 Caitlin was going in for the Ultrasound that would possibly tell the sex of the new baby. It's never 100% sure, but it was accurate last time and made it so much easier to make plans for Ellie's arrival.

Shaun was sure it is a girl, but Caity feels so different this time that she wondered if it might be a boy. (They both want a girl.)


When Caitlin called her dad to report the results, he could tell that something was up. "What's wrong? You sound stressed," Loren says. "Is everything all right?" (Caity had a miscarriage with the second pregnancy, and has been a bit worried.) "Could they tell the sex of the baby?"

"Everything is fine," Caity says. "They could tell the sex of the baby. They're girls." Long pause.

"Twin girls. Fraternal twins. They each have their own placenta and sac. One is lying on top of the other one," Caity says in a shaky voice. "Last night I had a dream about a baby with two heads. But I didn't even think about it being twins!"

They talk for a few more minutes and hang up, promising to talk again soon when the news has sunk in.

When I get home from running errands, Loren is lit up like a firecracker. He can hardly get the news out because he is literally grinning from ear to ear (try talking with a big smile on your face!). We talk for a long time about the wonder of it all and the changes it will bring. We go to bed with a head full of dreams and big smiles on our faces.